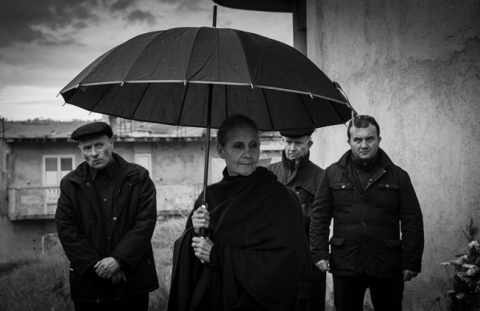 Luciano leads a peaceful life in the Calabrian hills, raising goats with his family and putting his days handling his family’s drug-trade dynasty behind him. However, his teenage son Leo idolizes his charismatic uncle Luigi, who is still involved with the criminal underworld. After the boy ends up getting in trouble with the law, he takes a train to Milan in hopes of joining the family business.


Born in Rome in 1969, he attended the Centro Sperimentale di Cinematografia. His filmography includes the short films Nastassia (1996) and Giacomo e luo ma (2000), and the feature films Saimir (2004), winner of the debut feature special mention at the Venice Film Festival, and The Rest of the Night (2008). Black Souls is his third feature.