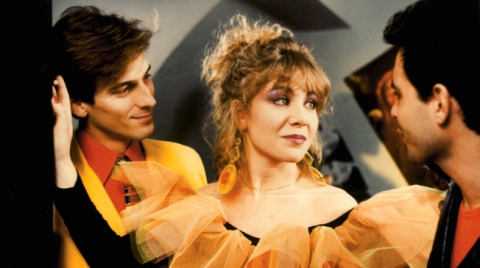 The film tells the unusual love story between Sexilia, a nymphomaniac pop singer, and Riza, the promiscuous homosexual son of the Emperor of Tiran. It seems that their love for each other has cured their sex addiction, but they delay consummating their relationship due to wanting something different. Meanwhile, Riza‘s former stepmother Toraya is also in Madrid and plans to use him to have the son she never had with his father. Sexilia begins a friendship with Queti, one of her fans who must deal with the incestuous advances of her father. To further complicate things, the young Sedac, one of Riza’s sexual conquests, turns out to be a member of a terrorist group that happens to be looking for the son of the Emperor of Tiran.