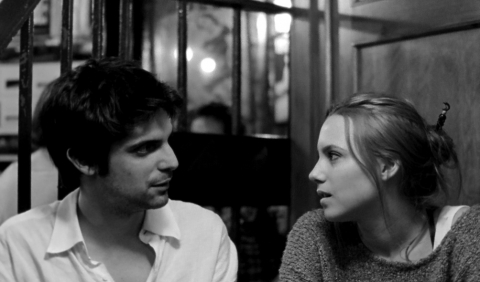 Naïve filmmaker Leon has just finished shooting a film and has not begun his next project – a sort of limbo. A film about craving to do cinema, or about what some filmmakers do when they are not making movies; about wasting time and about lost time; about conversations, drunkenness, meals and routines; about the walks you take after leaving the cinema; about being in love, being lonely and being with friends, while creating future memories for a future film. 
Born in Madrid in 1981, he is the son of Spanish filmmaker Fernando Trueba. After co-writing the screenplay to his father’s film The Dancer and the Thief (2009), he directed his first feature film Every Song is About Me (2010). The Wishful Thinkers is his second feature.