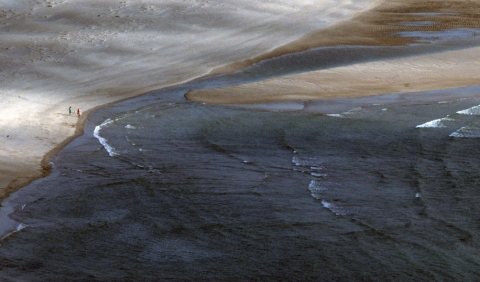 Costa da Morte is a region in the northwest of Galicia, which was considered as “the end of the world” during the Roman period. Its dramatic name comes from the numerous shipwrecks that happened along history in this area made of rocks, mist and storms. The filmmakers cross this land observing the people who inhabit it, such as fishermen and loggers. People who maintain both an intimate relationship and an antagonistic battle with the vastness of this territory. 
Born in Vigo, in the Galicia area of Spain, in 1983. After studying film at the Pompeu Fabra University in Barcelona, he directed the short films Remembering the Faces of Death (2009), Into Vibration (2011) and Mountain in Shadow (2012), among others. Coast of Death is his first feature film.