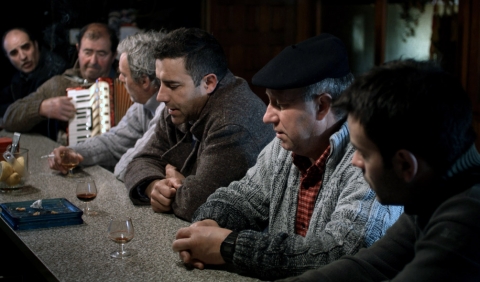 Played by residents of a small village located on the border of Spain and Portugal, the Arraianos, the documentary alternates moments of fiction and reality. Without a defined script, the tape gives voice to these men and women from the countryside, who live with the difficulties of the rural world. Reality, myths and dreams merge in this work freely inspired in the local play The Forest, by Jenaro Marine del Valle.


Born in Meira, a municipality of the Galician province of Lugo, Spain, he studied at the The International School of Film and Television in San Antonio de los Baños, Cuba. He directed the short films Cambiando la Rueda (2003) and No Tan Buena Vista (2004) and the documentary Pic-nic (2007).