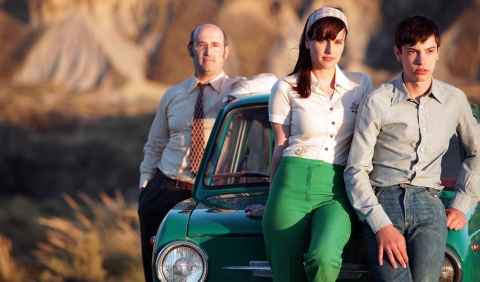 LIVING IS EASY WITH EYES CLOSED

LIVING IS EASY WITH EYES CLOSED

Antonio, a grammar school teacher, who uses songs by The Beatles to teach English in Spain in 1966, discovers that John Lennon will be visiting Almería for a film shoot. Determined to meet him, he drives off in his quest. Along the way, he picks up a 16-year-old boy who has run away from home and a 21-year-old girl who also seems to be running away from something. An unforgettable friendship is born.