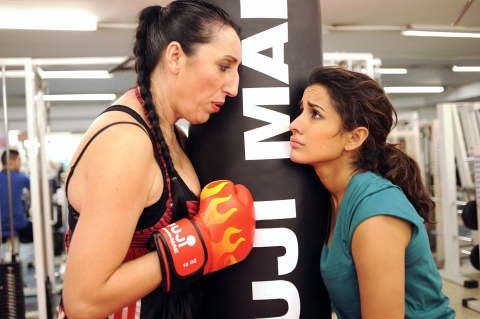 Is there anything worse than attending your ex-boyfriend’s wedding? How about when three of them get married within the same month? Ruth feels humiliated when she is invited to the wedding of a man she used to go out with. Soon after, an invitation arrives to the wedding of a different ex and she forces her attractive new intern Dani to pretend to be her date. When she receives an invitation for the wedding of her third ex-boyfriend, Álex, who has undergone a sex change and is about to marry another man, things get more complicated.


Born in Barcelona in 1976. After making the short film Treitum (2003), he directed the feature films Spanish Movie (2009) and Ghost Graduation (2012). Three Many Weddings is his third feature.