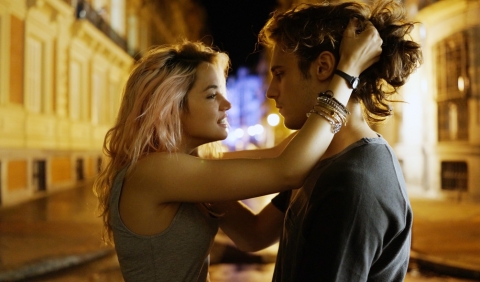 FOR A HANDFUL OF KISSES

FOR A HANDFUL OF KISSES

Like many other young couples, Sol and Dani met in a bar. Months ago, Sol, a beautiful and sweet 19-year-old student, discovered that she wanted to live her life to the fullest and that love was more of a need, so she began searching for a soul mate with whom she could share as much time as she possibly could. Dani, however, is hiding a secret that can shatter her dreams. 
Born in Madrid in 1963, he is the son of Spanish film producer Samuel Menkes. While working as an assistant director in many of his father’s productions, he met screenwriter Alfonso Albacete and, together, they co-directed the features Not Love, Just Frenzy (1996) Atómica (1998), I Will Survive (1999), I Love You Baby (2001), Between Living and Dreaming (2004) and Sex, Party and Lies (2009). For a Handful of Kisses is his seventh feature film and his first solo directorial work.