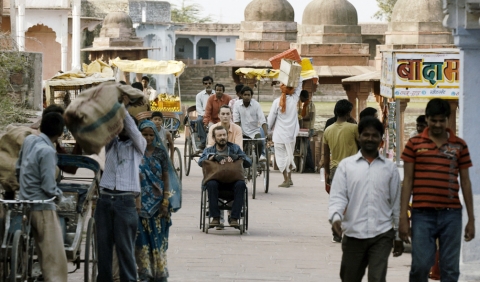 Ricardo, an amusing grumpy middle-aged man, decides to travel overland to India, as he used to do in the sixties. Only he is in a wheelchair, suffering from a degenerative disease pushing into its final stages. Accompanied by his Romanian housekeeper, Dana, he sets off, crossing Europe, through Turkey, Iran, Pakistan. The journey opens doors both Ricardo and Dana thought were closed forever.