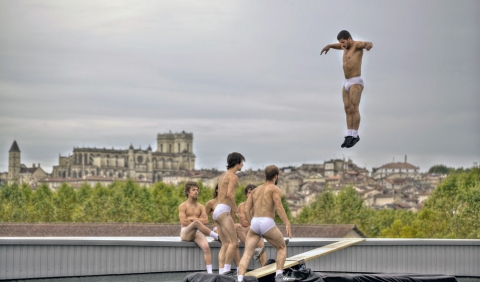 A revealing look at the incredible physical exploits of circus acrobats, stories of men and women confronting adversity – including the real risk of severe injury. The price of life in the limelight includes years of study and practice, an iron discipline, an ongoing commitment to learning new skills, and constant travel far from home.


Born in Guadalajara, Mexico in 1978, he studied at the European Inter-University in Italy. His filmography consists of the short films Le fil (2007) and Abraza mis recuerdos (2011), as well as the documentary feature film Manual de uso para una nave especial (2009). Grazing the Sky is his second feature film.