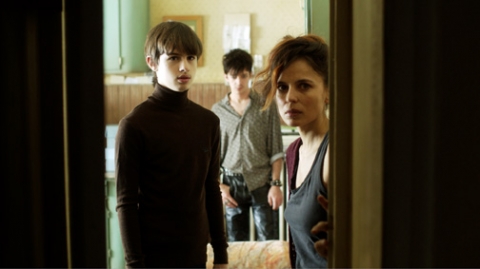 THEY ARE ALL DEAD

THEY ARE ALL DEAD

Lupe spends all day inside her home making pies and wearing a bathrobe and slippers. No one would imagine she used to be a famous rock star back in the 80s. She is now an agoraphobic and lives wholly dependent on her mother Paquita, a superstitious Mexican woman, and has a teenage son, Pancho, who hates her. 
Born in Valencia, Spain in 1976, she graduated in Visual Arts from the Sorbonne Nouvelle University in Paris. Working in film and advertising, she directed the short films The Class (2008) and My Other Half (2010). They Are All Dead is her first feature film.