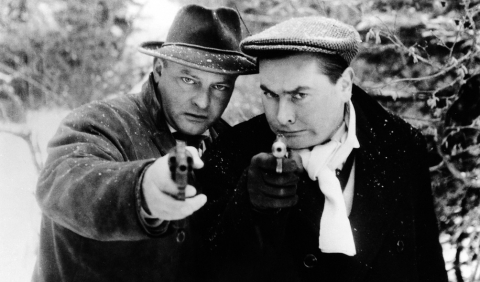 Charlie Kohler is a washed-up piano player in a bar. The waitress Lena is in love with him, but does not know that Charlie`s real name is Edouard Saroyan, a famous musician who gave everything up after his wife`s suicide. When Chico, one of Charlie`s brothers, begins hiding in the bar because two gangsters are after him, the pianist is forced to rejoin the family he once fled.