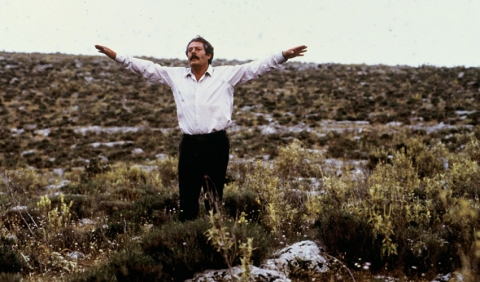 Feeling himself an outsider in contemporary Greece, Spyro leaves his job and family to return to his hometown, where he intends to take up the occupation of his ancestors as a beekeeper. Over the course of his road trip he visits the sites and friends of his childhood, hoping to gather the pollen of his past, but instead meets and becomes obsessed with a young hitchhiker who represents the empty hedonism of the present.