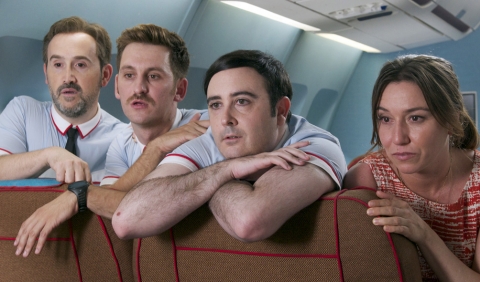 Curse of the Golden Flower

Curse of the Golden Flower

China, during the last Tang dynasty, in the 10th century. On the night of the Chong Yang festival, golden flowers fill the imperial palace. The emperor has unexpectedly returned with his second child, prince Jai. His pretext is to celebrate the holiday with his family, but due to the cold relationship between the emperor and the sick empress, this seems insincere. For many years, the empress and crown prince Wan, her stepson, had an illicit relationship. Feeling trapped, Wan dreams of fleeing the palace with his secret love Chan, the daughter of the imperial physician. In the meantime, prince Jai, the faithful son, grows concerned about the empress and her obsession for golden zhrysanthemums. The emperor has hidden plans, and the imperial physician is the only one aware of his intrigues. Feeling threatened, the emperor transfers the physician to a remote area. During the trip, they are attacked by mysterious assassins. Chan and her mother, Jiang Shi, are forced to return to the palace. Their return is a tumultuous sequence of surprises. In the midst of the glamour and grandness of the festival, horrible secrets are revealed. Thousands of warriors with golden armor then invade the palace. Who could be behind this brutal rebellion? Where does the loyalty of prince Jai lie? Under the moonlight, thousands of golden chrysanthemums bloom at the same time as blood flows in the imperial palace.