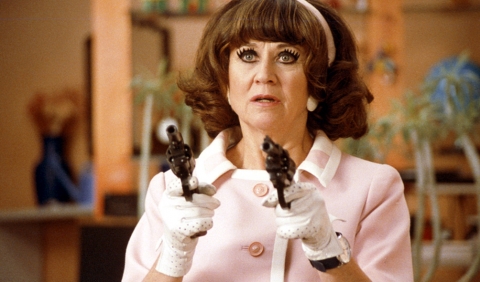 WOMEN ON THE VERGE OF A NERVOUS BREAKDOWN

WOMEN ON THE VERGE OF A NERVOUS BREAKDOWN

A wickedly amusing look at modern love through the relationships of several neurotic women. Pepa Marcos, a television actress, is depressed due to her lover Iván leaving her. He is about to go on a trip and has asked Pepa to prepare his suitcase for someone to pick up later, but she has something very important to tell him. Iván’s son, Carlos, and former lover, the insane Lucía, are unaware of his whereabouts. Their paths begin to cross in a complicated manner involving the search for a group of wanted Shiite terrorists, a near-lethal dosage of gazpacho and a mambo-playing taxi driver. Will Pepa find Iván on time?