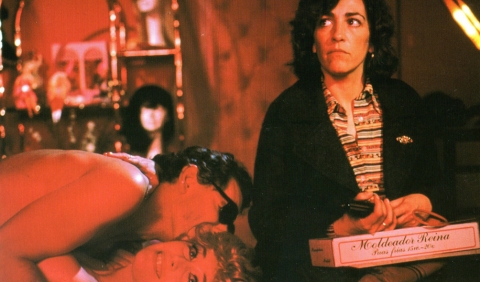 WHAT HAVE I DONE TO DESERVE THIS?

WHAT HAVE I DONE TO DESERVE THIS?

A cleaning lady named Gloria lives in a small apartment with her family and next to her best friend, a call girl named Cristal. Gloria’s husband Antonio is a frustrated taxi driver and her mother-in-law is addicted to cupcakes and bottled water. Her two teenage sons are Miguel, a young prostitute, and Toni, a drug dealer. When Antonio joins a plot to forge secret letters written by Hitler, a series of events will change Gloria’s life forever. Inspired by Italian neo-realism, this black comedy chronicles a dysfunctional family living in post-Franco Madrid.