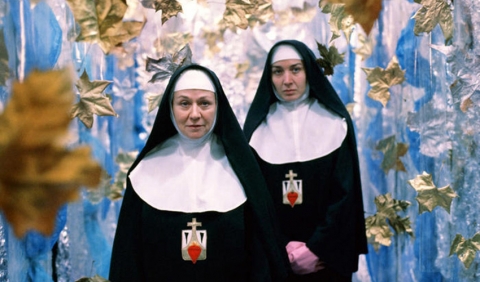 Yolanda, a nightclub singer, is on the run from the police after her boyfriend dies of a heroin overdose. She seeks refuge in a convent that offers shelter and redemption to fallen women. While living there, she befriends a group of unusual nuns: an author of cheap romance novels who writes under a pseudonym, a fashion designer in love with a priest and a masochist cook consumed by thoughts of penitence and an animal lover who is raising an overgrown pet tiger.