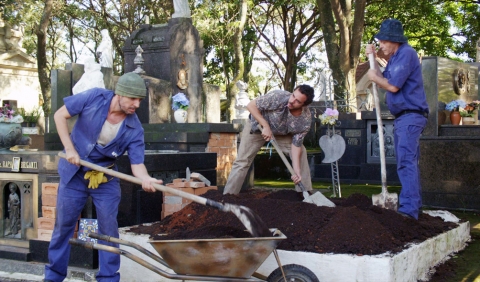 In the city of São Paulo, the routine of gravedigger apprentice Deodato changes when a new working girl arrives at the cemetery. Together, they must re-register the abandoned tombs, but strange events make the apprentice wonder about the consequences of messing with the dead.