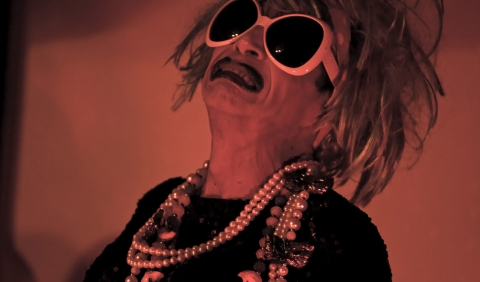 João Carlos Castanha is a 52-year-old actor who lives with his 72-year-old mother, Celina. He spends his nights working as a drag queen in gay bars and performing small parts in children’s theater plays, films and TV programs. Tormented every day by the ghosts of his past, João starts to confuse the reality in which he lives in with the fiction that he performs.


Born in Rio Grande do Sul, he graduated in Film from PUC-RS University. He directed short films such as Sem (2009), Metrô (2010) and De Passagem (2012), selected for international film festivals. He is a curator of film retrospectives in São Paulo and Rio de Janeiro. Castanha, his first feature film, was selected for the Forum section of the Berlinale.