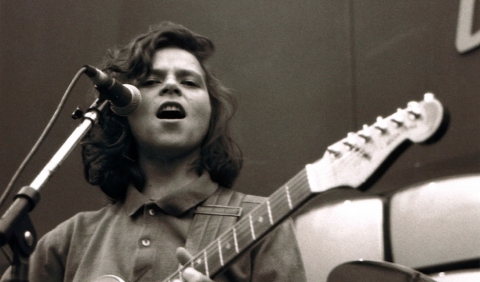 Cássia Eller is an iconic Brazilian music figure. Her brief and striking passage through the music scene in the 90s left an undeniable mark on Brazilian culture. Her death, in 2001, had a national impact that extends to this day because of the custody of her son Francis, who stayed with her partner, Eugenia, also a mother to him. With her talent and charisma, she exposed taboos and demonstrated her strength as a public person.


He was born in Rio de Janeiro in 1970. Graduated in Film and Journalism, he has been working as editor and director of documentaries and television programs. He has directed and produced the short film Mauro Shampoo – Soccer Player, Hairdresser and Macho and Arraes, People’s Warrior. Loki is his first feature film.