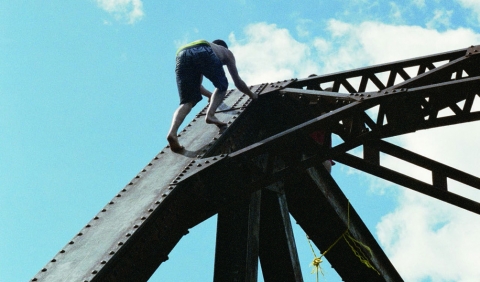 A universal portrait of the difficulties of adolescence, the film is structured around teenagers meeting with various authority figures in a rural secondary school whose job it is to “set them straight.” While they reveal their concerns by telling their stories, the students regain control of the world outside the classroom, testing the limits of their temporary freedom in the natural surroundings.


Born in Quebec’s Gaspé Peninsula, he is a filmmaker and visual artist. His first feature-length documentary was La saison des amours (2005), followed by La belle visite (2009).Guidelines (2014) is his third feature film.