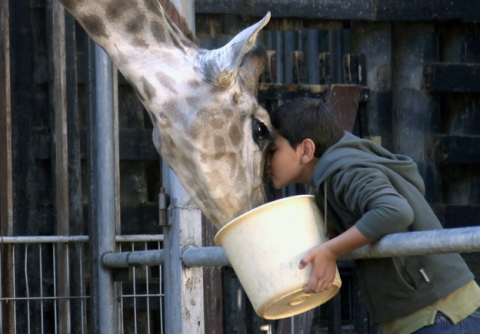 Ziad, a ten-year-old boy living in the West Bank, is so enamoured of the two giraffes at the Qalqilya Zoo that he can communicate with them. Ziad enjoys helping his recently widowed father, Yacine, a veterinarian who works hard to protect the zoo as a haven for animals and for the local children who play and learn there. When one of Ziad`s beloved giraffes is lost in an airstrike, Yacine is determined to bring in a new mate from Israel. Inspired by a true story.


Born in France, son of a Palestinian father and an Egyptian mother. He studied at Boston College and the Paris Institute of Political Studies. His short film Elvis of Nazareth (2012) was awarded at Cannes. Giraffada (2013) is his debut feature.