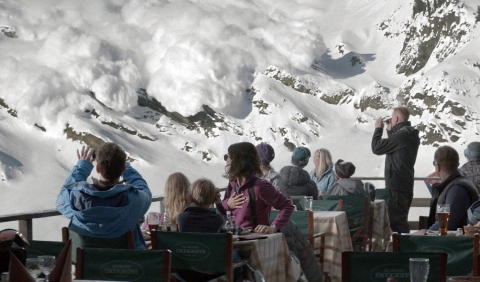 Ebba and Tomas decide to take a five-day skiing vacation to the French Alps with their two children. The main purpose of the trip is for Tomas to spend more time to his family, since Ebba thinks he is working too much. When the four of them eat at a mountainside restaurant, an avalanche suddenly approaches and threatens to engulf the surroundings. The family is safe from physical harm, but Tomas’ attitude during the incident might have caused irreparable damage.