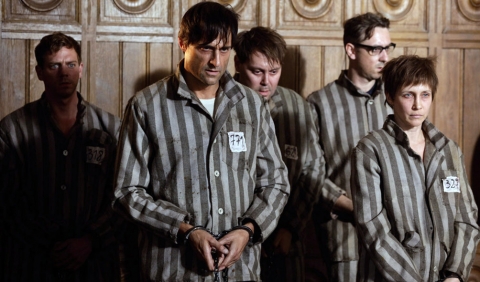 CLOSER TO THE MOON

CLOSER TO THE MOON

Bucharest 1959. Five high-ranking Jewish members of the Romanian Communist party and heroes of the resistance plan and carry out a spectacular bank robbery, pretending to be shooting a movie. They are arrested, tried, convicted and sentenced to death, but not before being forced to reenact the robbery in a fake propaganda film. An opportunity they immediately seize to turn their absurd predicament into a comedy. Based on a true story.