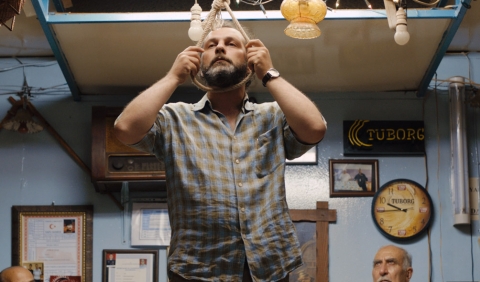 Feramus is a philosophy professor back in his hometown to sell off the ancestral lands following his father`s death, only to find himself sucked into a bureaucratic local authority maze. Betül is the local theatre`s artistic director who is forced to stop working by the new political reality in Turkey. Mix in the town`s state-of-the-art but entirely unused airport and the result is a sharp satire on modern life.


Born in Turkey in 1975. He began writing and directing TV series and sitcoms for the Turkish TV. His first feature film as a director was Zincirbozan (2007), followed by Kolpaçino (2009), A Step into the Darkness (2010) and The Partner (2013). Circle is his fifth feature film.