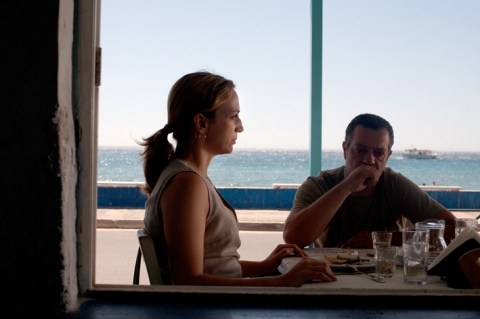 For many years, Nadja has worked as a housekeeper for an upper class Greek couple and their daughter. She feel like part of the family. When she`s diagnosed with a serious illness, and the man of the house runs into financial difficulties due to the economic crisis, Nadja loses her job.


Born in 1967 in Thessaloniki, Greece. He studied photography in New York, and video and media art in Dusseldorf, as well as directing at the University of Film and Television ‘Konrad Wolf’ in Potsdam-Babelsberg. Along with his work as a filmmaker, he also teaches at various universities as well as directing for the theatre. He directed the feature films Elli Makra, 42277 Wuppertal (2007), Khaima (2011) and Echolot (2013).