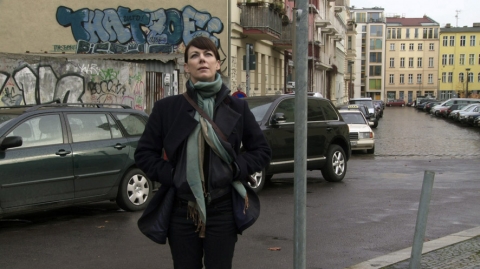 Stella Miles travels to Berlin to see the old house she has unexpectedly inherited and is confronted with intriguing and emotional revelations regarding her family and German restitution law. The quest for answers takes her far beyond the dispossession of Jews in pre-war Europe. A quest full of suspense, depicting a person who gets a chance to rediscover herself.


Born in 1949, she grew up in Jamaica and the Fiji Islands, later studying art in Britain. She worked with independent and experimental film in London during the 70s, then moved to Berlin and became involved with the International Forum of Cinema and the Arsenal Kino. Her feature films are Study of an Island (1979), The Party-Nature Morte (1990) and The Invisible Frame (2009). A House in Berlin is her fourth feature film.