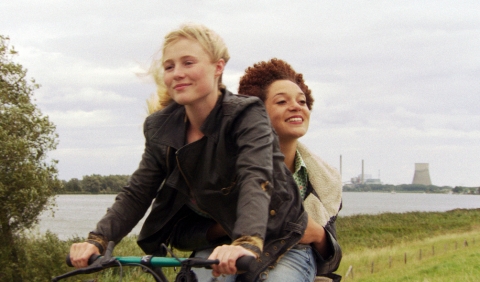 The summer is sweltering and hot in a village where everyday life is dominated by the humming power plant. Anne, 16, and her friends spend their days biking through the winding roads that lead nowhere. Anne, however, feels like an outsider, until she meets Lena, a new girl in town who rides a motorbike, and is different from everybody else. The two girls rapidly fall for one another and young love unfolds in all its tender awkwardness.


Born in Harare, Zimbabwe, in 1962. She has been working as a screenwriter and director for film and television. She directed the feature film Black Swans (2005). Summer is her second film.