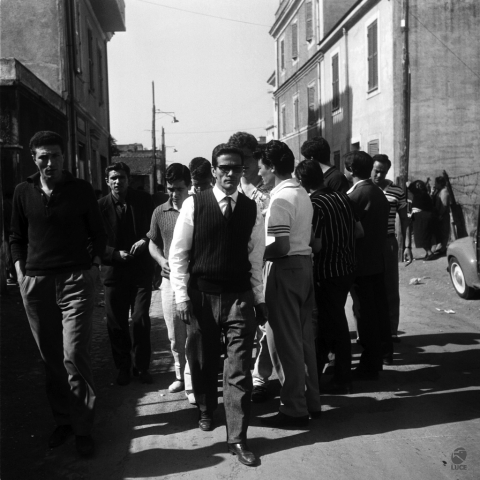 Essayistic documentary covering the political ideas and predictions of controversial filmmaker Pier Paolo Pasolini (1922-1975). Citing the continent’s influence over the suburbs around Rome, his ideas also relate to today’s Europe, as he felt the two continents would become increasingly entangled. 
Born in Rome in 1947. He studied philosophy at the La Sapienza University in Rome. A music critic and director of various cultural institutes, he served as Rome’s Minister of Culture from 1993 to 2006. He died in February of this year. Prophecy - Pasolini’s Africa was his first and only feature film.


Born in Florence in 1948, he studied literature at the University of Florence and worked as a writer and journalist, also serving as RAI’s director from 1986 to 1993. Prophecy. Pasolini’s Africa is his first feature film.