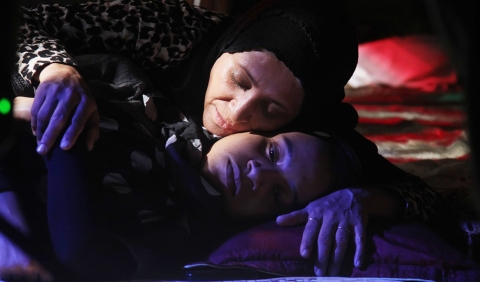 A three-episode story about a family in South of Iran. In the first one, Too-Maj, the eldest son of the family, wants to join her love Shrine who has sought refuge in London. In the second, Too-Maj’s sister is depressed because of her skin color. In the third, Has-ti, Too-Maj friend, has been put behind bars for protesting against in the university. 
Born in 1980, in Booshehr, Iran. He got Degree in Scriptwriting from Artists University. He directed the feature film All Alone (2013). Pope is his second feature film.