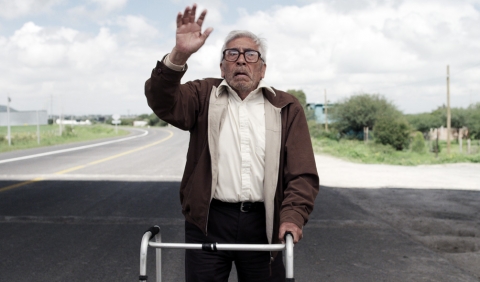 ONE FOR THE ROAD

ONE FOR THE ROAD

Three eighty-year-old men embark in a road trip in order to fulfil the dying wish of a lifelong friend. In spite of the disapproval of their families and the limitations of their advanced age, they find themselves involved in a series of comical misadventures and meet a cast of colorful characters. There is, indeed, life after 80!


Born in Mexico City in 1979, he graduated from The University of Texas. After directing the short film I Like You Too (2005), winner of the best short film prize at the Havana Film Festival, he made the feature Goodbye Cruel World (2010). One for the Road is his second feature film.