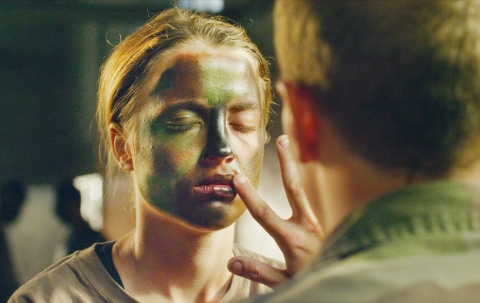 Between his friends and the family business, Arnaud`s summer looks set to be a peaceful one. Peaceful until he runs into Madeleine, a beautiful girl with bad temper who aspires to join the army. While Arnaud enjoys tranquility and enjoys turning wood into usable objects, Madeleine pushes herself to the limit and consumes raw sardine to build up her physique. How far will they get along?


He studied screenwriting at the French National Film School (Fémis) and directed the short film Paris-Shanghai (2011). Love at First Fight, his first feature film, won the Critics’ Prize in the Directors` Fortnight section of the Cannes Film Festival.