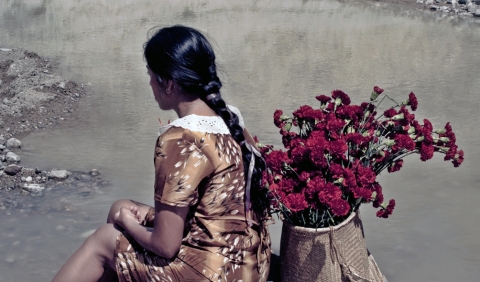 Cheba and Ángeles Miguel got pregnant from the same man, Silvestre. He was Cheba’s lover while her husband was working abroad. He is also Ángeles’s stepfather. Now Cheba’s husband is back. On another hand, Ángeles’s mother doesn’t want her daughter to keep the baby. The two women need to decide what to do with their new born children.


Born in Mexico in 1964. He studied film at UNAM and worked as assistant director, editor and second unit director for a variety of Mexican films. He directed the feature film Spiral (2008, 32nd Mostra). La Tirisia is his second feature film.