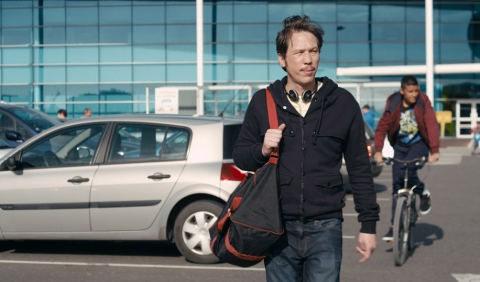 Chérif is in his thirties and has moved back in with his parents, Middle Eastern immigrants. He is trying to pass the nursing exam and works as a security guard of an electronics store. He manages to pass the written section of the exam and meets a nice girl named Jenny. But the kids from the hood who hang out at the mall where he works are starting to get to him. He comes up with a plan finally to get them off his back, but in the course of that night, his life goes off the rails. 
Born in Lyon, France, in 1976. She studied at the Louis-Lumière National Higher School. In 2008, she co-directed her first film with Rodolphe Bertrand, Black Faces. Insecure is her first feature film.