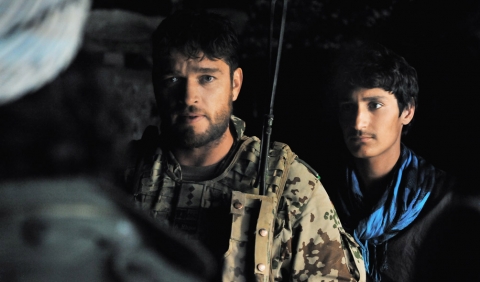 German soldier Jesper signs up for a mission in Afghanistan, despite having lost his brother during an operation in the country. Jesper and his squad are assigned to protect a village outpost from the increasing Taliban influence. With the help of young and inexperienced interpreter Tarik, Jesper seeks the trust of the local community and the allied Afghani militia. When the lives of Tarik and his sister Nala are threatened by the Taliban, Jesper must choose between his military obligations and his conscience.