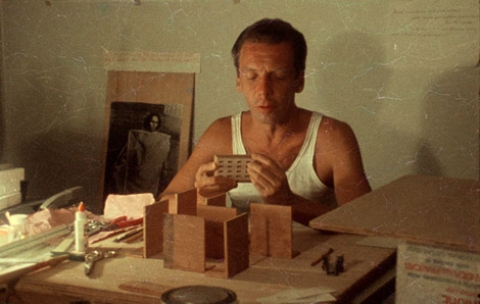 Do I begin to know myself through what I do only because in reality I don’t know who I am? The documentary offers a look from Hélio Oiticica (1937-1980) himself at his life and oeuvre through recent and historical interviews, permeated by a large amount of never-before-seen footage. Oiticica tells ideas that broaden the mentality of time and that still influence our modern way of thinking. This is an artist that originated the Tropicália movement and democratized the experience of creation, inverting the concept of the art’s observer/consumer concept to the author/object one of the artistic experience.


Born in Rio de Janeiro in 1968. He is the nephew of Hélio Oiticica. He studied photography in Manaus. He currently works with film, photography, and contemporary art. He has been curator of the Hélio Oiticica Project for the last 15 years, along with Fernando Cocchiarale. He directed the short films Magic Square 5 (2009), Três Pérolas do Sol (2010), and Museu é o Mundo (2011). Hélio Oiticica is his first feature film.