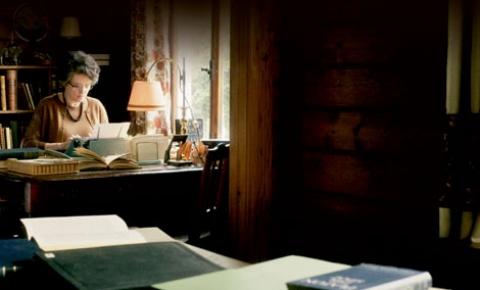 After she attends the trial of Nazi Adolf Eichmann in Jerusalem, Hannah Arendt dares to write about the Holocaust in terms no one had ever heard before. Her work instantly provokes a scandal, and Arendt stands strong as she is attacked by friends and foes alike. But as the German-Jewish émigré struggles to suppress her own painful associations with the past, her beguiling blend of arrogance and vulnerability is exposed — revealing a soul defined and derailed by exile. The film is a portrait of this powerful Jewish woman who fled Nazi Germany in 1933, the genius that shook the world with her discovery of “the banality of evil.”