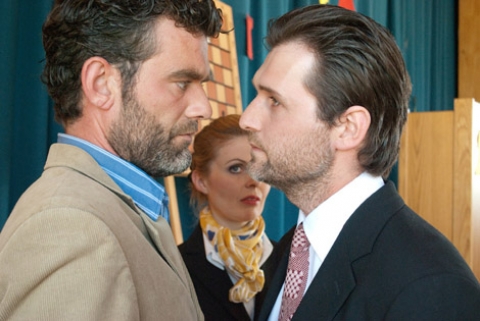 A desperate city slicker engineer cheats his way into a small farming community. He pretends to know how to save them by re-financing their slaughterhouse, unaware that he is walking into a local world war of small-town politics and general misbehaving.