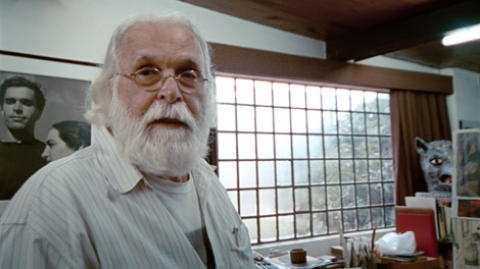 Francisco Brennand is an 85-year-old artist who isolates himself inside his workshop, located in a neighborhood distant from downtown Recife. The film narrates his trajectory, starting with the diaries written by the artist in the last sixty years where he recreates his life in a fictional way. 
She graduated in film from the University of California, Santa Barbara. After several short films, including Capoeira, Freedom of the Soul (2002), she founded the production company Mariola Films in Recife. Her first feature film was the documentary O Coco, a Roda, o Pnêu e o Farol (2007). Francisco Brennand, portraying her great uncle, is her second feature.