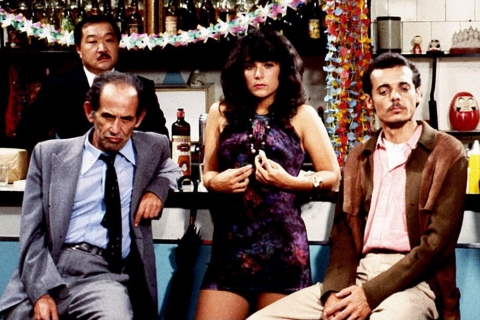 Comrade Kim Yong Mi is a 28-year-old coal miner who lives with her father and grandmother in the North Korean countryside. During her youth, Kim often dreamed of becoming an acrobat, a dream supported by her mother. After her mother’s death, her father insisted on coal mining as a future. Kim’s love for acrobats, however, never goes away. When she travels to Pyongyang to work at the construction site for a year, the first thing she does is visiting the circus, where the opportunity to live her dream arrives. This is the first Western-financed feature film made entirely in North Korea.


Born in England in 1961. After studying architecture at the Leeds Metropolitan University, he began a cultural exchange program in North Korea in the early 90s. He later began producing documentaries such as The Game of Their Lives (2002), A State of Mind (2004) and Crossing the Line (2006). Comrade Kim Goes Flying is his directorial debut.


Born in Belgium in 1967. She graduated from the Brussels Film School as a radio and television director but went on to work as a producer with an extensive career in film and TV. Her production credits include the short films Fait d’Hiver (2002) and Tanghi Argentini (2006), both nominated for an Oscar for best short film. Comrade Kim Goes Flying is her directorial debut


Born in North Korea, 1963. He studied film at the Pyongyang University of Drama and Cinema, beginning his career as an assistant director for Korea 4.25 Film Studio and later directing the features Unforgettable Man (2002), Watch Us (2008) and Great Bear (2009). Comrade Kim Goes Flying is his fourth feature film.