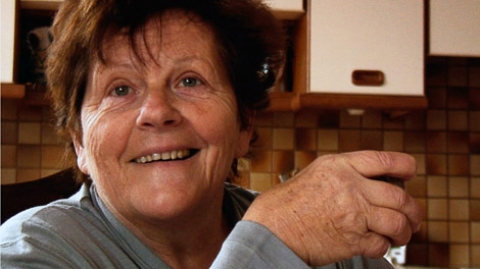 Nothing was ever planned nor foreseen. He left home, on a winter’s morning, wishing to cross France, walking alone from South to North. Wandering, willing to break his bounds and habits, he left to take a fresh look at the places, the dreams, and the daily life of its inhabitants. He was trusting his luck to meet new people and to reach his only aim: happiness.


Born in Lorraine in 1970. After he passed the literary Baccalaureate, he left the city to go and study documentary cinema at Université du Futuroscope in Poitiers. Since 1996, he has directed several documentaries. He also works as a cameraman for other directors and regularly directs audiovisual classes. Happiness... Promised Land is his second full-length film.