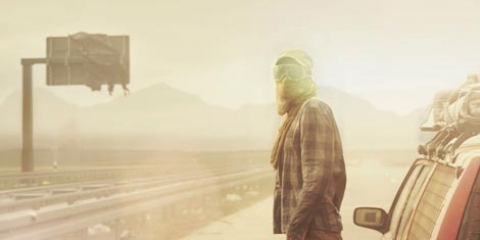 The sun has turned the entire world into baked and barren wasteland. Forests are scorched and animal carcasses line the roads. Even the nights are dazzling bright. Marie, her little sister Leonie and Phillip are heading for the mountains in a car. Rumor has it there is still water there. Along the way they run into Tom, a mechanic who becomes indispensible - but can they trust him? Tension grows in the small group. Suddenly, they are lured into an ambush, and their real battle for survival begins.


Born in Basel, Switzerland, in 1982. He studied film directing at the Munich University of Television and Film. He has made music videos and numerous shorts, including Für Julian (2003). Hell is his first feature.