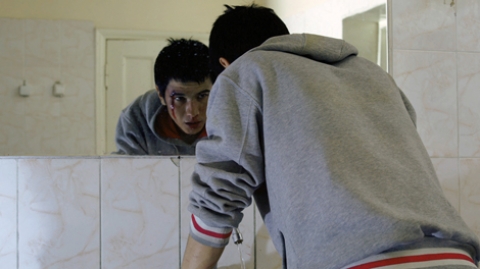 A nameless philosophy student rents a basement room from an old woman living in the suburbs and suffers from a permanent lack of money and loneliness. One day, he decides to rob the nearest convenience store where he buys bread from time to time. Things don’t go as planned and he ends up committing a serious crime. With no one to turn to, the sense of guilt grows in his mind. Based on Dostoyevsky’s Crime and Punishment. 
Born in Kazakhstan in 1958. He studied mathematics at the Kazakh State University and later film history at the VGIK in Moscow. He has worked as an editor at the New Film magazine, and also as editor-in-chief at Film Fan. He directed the short films Life (1982) and Shilde (1988). His feature films include Kairat (1992), Kardiogramma (1995), Killer (1998), winner of the Un Certain Regard Prize at Cannes; Jol (2001), and Shuga (2007). Student is his seventh feature.