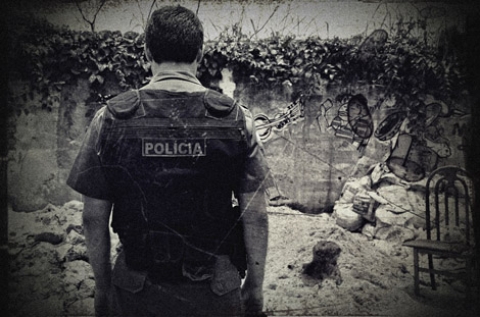 Jorge Santos, a police captain in Rio de Janeiro religiously devoted to Saint George, begins to have hallucinations and puts his career on the line, as well as the fate of all his teammates. In a 24-hour period, the cops become victims of the violence spread by the population. 
Born in Bogota, Colombia. He lives in Rio de Janeiro, where he is a university professor in philosophy and law, as well as an essayist. He works as a director, screenwriter and philosopher. He directed the short film O Dia de São Jorge (2006) and writes for the television show Cinema Novo – A Aventura da Criação. State of Exception is his first feature film.