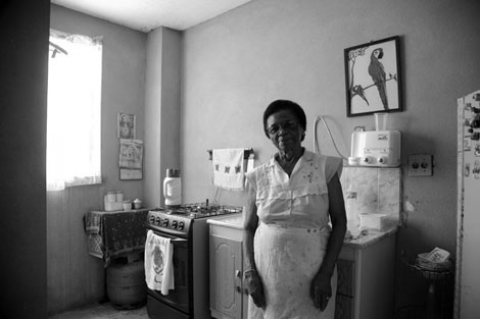 The documentary aims to reconstruct the collective trajectory of the Paulo Freire Association members, who during the course of ten years built a housing complex for one hundred families in Cidade Tiradentes, located on the eastern edge of the city of São Paulo. The narrative follows the long process of the building’s construction, focusing on the paths of the characters.


Brazilian, of French extraction. He majored in history and anthropology, and is a professor and researcher of national cinema. He began his career as producer and director at the end of the eighties. He directed three medium-length documentaries: Na Moda do Centro (2004), Cinco Mulheres de Paraisópolis (2004), and Inventar o Cotidiano (2005). Em Trânsito, his first feature, is the result of his studies on Greater São Paulo.