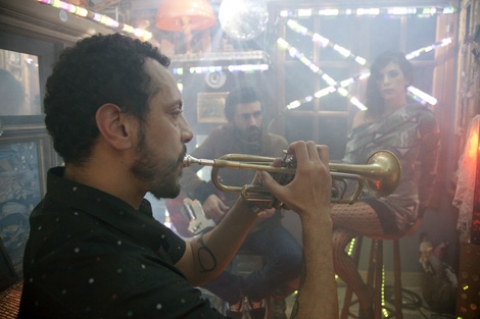 The Legends of Rita

The Legends of Rita

The Legends of Rita
Germany

In Germany, in the seventies, a period marked by a spirit of anarchy and rebellion, Young Rita Vogt is drawn to a terrorist movement, motivated by her feeling of justice and by her love for Andi, leader of the group. Some years later, when she realizes the movement is on the decline, she decides to seek refuge in East Germany. With the assistance of an agent in the secret police, Rita assumes a new identity and goes to work as a laborer. She makes friends with Tatjana, a workmate who dreams of a chance to live in the West. Their very good friendship is brusquely broken off when a TV news report tells of Rita?s disguise. Once again she must disappear, but this time, a new name and a new city bring her luck. While she is working at a summer camp on the Baltic, Rita meets Jochen, a university student working as a life-guard. He invites her to go to Moscow where they can be married and start a family. Even so, Rita will have to settle issues from her past. The Berlin Wall falls in 1989, the Democratic Republic comes to an end and, with it, her new life.