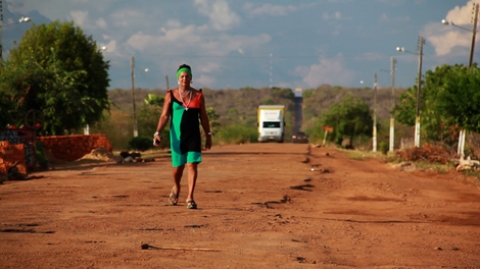 Kátia Tapety became the first transvestite to be elected into a political position in Brazil, becoming city councilor three times and also vice mayor. The film is the result of twenty days spent living with her in a small township, located in the Piauí back lands.


Born in 1965. She has worked with film and video since 1992, when she moved to Rio de Janeiro in order to start working in the audio-visual industry. In 1995, she returned to Fortaleza, where she attended courses in the Dragão do Mar Institute and founded the production company Em Foco Multimídia, eventually making other films, such as the short films Vestígio (2002) and Riso das Flores (2004).