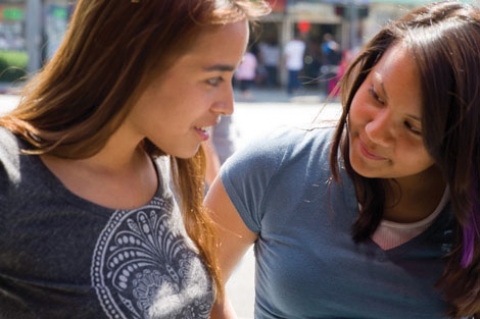 Two Chicana high school students in Los Angeles’s Huntington Park are about to meet. Yolanda is stellar in her studies and makes her parents proud, while Mari has just moved to town with her undocumented family. On her first day at school, Mari is assigned to be Yolanda’s study partner. After a rocky start, the two find a bond that confuses them at times. For one of the girls, the attraction might be sexual.


Born in San Francisco, California. She studied psychology and Chicano studies at the University of California. She later moved to Los Angeles in order to study directing at the California Institute of Arts. She assisted Patricia Cardoso in Real Women Have Curves (2002). She became a Sundance Institute Ford Foundation film fellow and directed the short films Pura Lengua (2005) and Viernes Girl (2007). Mosquita y Mari is her first feature.