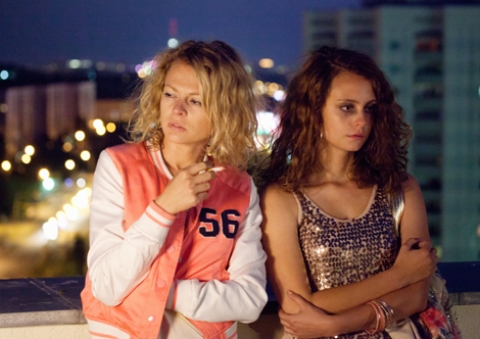 Detective Block is an ex-hippie who became a policeman and is investigating a strange serial killer by name Trojan. The criminal is instilling fear into the New York musical world, especially punk and heavy metal rock singers whose marketing is based on an exuberant mane of hair. Trojan kills them and steals the hair, thus modernizing the popular native-American practice of scalping. The chase leads Block to cover beauty product stores and obscure rock clubs, and takes him back to the time when he was known as Sunrise and lost his wife on a trip on acid. This is a mix of thriller and comedy that ironizes the Hollywood cinematographic formulas, with references to pop culture and to American musicals, in a unique camp style. Very special participations add a final touch to the plot: actor Frank Gorshin who became famous as the villain Charade in the original version of the Batman TV serial, musicians Joey Ramone and Sebastian Bach, in addition to the performances of groups such as Biohazard, Mars Needs Women, The Last Hard Men, and others.


Robert Tucker made films as from the age of ten with his father`s Super 8 camera. At the age of 15, he directed The Story of Ice Nine, a film popular in hippie festivals and raves in California. He was active in directing and producing clips, such as Meat Puppets, and made short films such as Tarantula With Tarantella and Roof.