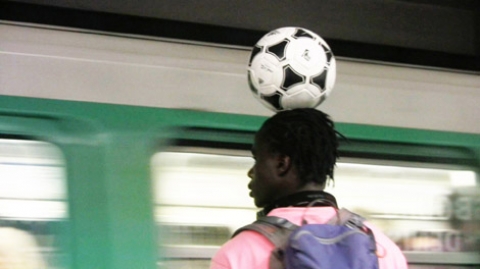 The underground wanderings of a not-so-young Brazilian student who, without knowing what to do of his life, goes to the Paris subway in order to meet those he values most: the strangers. 
Born in São Paulo, Brazil, in 1980. He studied graphic design at the Federal University of Santa Catarina, Brazil, followed by a masters at the School of Fine Arts in São Paulo, where he made two short experimental films: Carpe Diem (2006) and País Tropical (2007). In 2008, he moved to Paris to do a master`s degree in documentary filmmaking at the University Paris 8 (Vincennes-Saint-Denis). Metro, his first feature film, was his final project at the university.